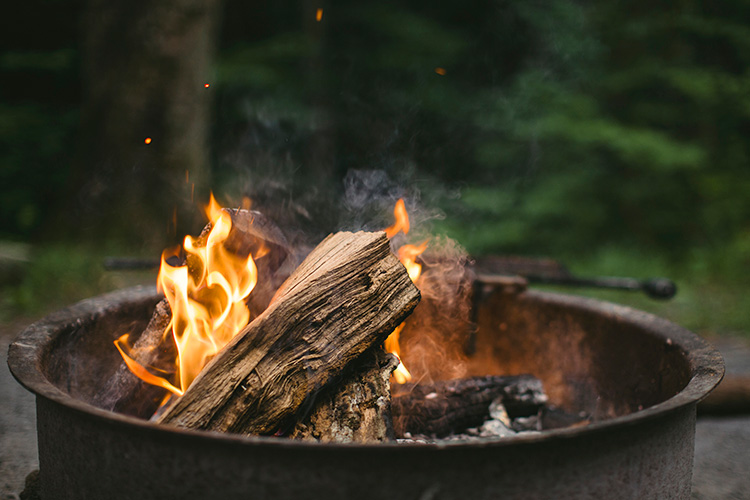 I would like to talk about “hatred” today. The English dictionary defines “hatred” as “an angry feeling of extreme dislike for someone or something.” According to this definition, the meaning of hatred is somewhat related to anger. I suppose, hatred is or can be born from anger.
In reading this definition, I realized that there is the difference between anger and hatred. In our individual experiences, usually we have a feeling of anger toward both others and ourselves. Please imagine such a situation, when you get angry. However, how about hatred? Have you ever had a feeling of hatred toward yourself? In Japanese, we often hear that one hates one’s life, but the direction of feeling is not oneself, but the object of life. Hatred has only one direction to others. This is a clear difference, the actual feeling of both anger and hatred is similar but complicated.
In addition, hatred has two types of causes: desire and revenge. For hatred based on desire, let’s look at the Buddhist phrase “The Suffering of Not Gaining What One Seeks,” or Gufu Tokku in Japanese. This means that we suffer because even though we may strongly wish to gain what you really want or who you really want, we cannot succeed. Because of this fact, complaining is born in ourselves and turns into hatred. In this case, hatred was born because one could not accept the most fundamental truth, “LIFE IS IMPERMANENCE.” Even if an unimaginable and sad matter happened, it is the reality we can never change. It is very hard to say this, but this type of hatred based on desire is no more than the selfish mind itself. To live and realize this truth is very hard, isn’t it?
On the other hand, in instances of hatred based on revenge, I am reminded of the phrase “An Eye for an Eye” which means that if someone pokes out your eye, you are entitled to retaliate by poking out one of his eyes. Let’s take as an example the current Iraq war. As you know, a major terrorist attack was carried out in New York on September 11, 2001 and many people died. Immediately after this, the United States started the Iraq war in the name of justice born from the spirit of revenge. In spite of no evidence, the great President Bush sent many soldiers to Iraq and led them to kill a lot of people to seek out nuclear weapons which have not been found even 6 years latter. Rather this war has taken the lives of thousands of Iraq people more than were killed on September 11th.
A few years ago, I went to New York and visited to the site of World Trade Center. At the present time, a memorial building and new center is under construction. It was very quiet there. Another feeling I got besides sadness was fear that the next terrorist would come again soon. When I was standing in front of the fence surrounding the site, New Yorkers just passed by the site without paying any attention. I wonder if this attitude was due to their feeling that justice or revenge was now being carried out in the war in Iraq or was their numbness cause by their sadness. I do not mean to talk about war in so much detail, but what I want to say is that acts of revenge, by retaliating with the same hurt one has suffered, simply add more misery to the misfortune of everyone.
I would like to share an article about a boy in Iraq with you. Sam, a 9 year old boy, lived at hospital because he had leukemia. However he grew up in a warm family and used to smile with his white teeth. The author of article asked him if he had a dream of what he wanted to be in the future. Sam was a bit shy but answered “I want to be a doctor and help many people who are suffering and sick.” However this was before war. After the Iraq war started, the author again visited Sam who was now 11 years old, and asked him again about his dream. Two years ago his dream was to be a doctor, but this time he seriously replied, “I want to be a solider and take revenge on America.” His family and friends were dying because of this war. Through this continuing process, hatred is repeated over and over, again and again.
What we need to learn from these sad facts is to develop a sincere wish of “never again.” Looking back on the September 11 terrorist attack in New York, many families of the victims wish no more war or revenge any more. They know the true meaning of sadness which is born from repeating of revenge and hatred. They stand up against the Iraq war and insist on the spirit of “never again.” They do not want anyone to face the same experience they had.

Shakyamuni Buddha also states about this:

He abused me, attacked me,
Defeated me, robbed me!
For those carrying on like this,
Hatred does not end.

She abused me, attacked me,
Defeated me, robbed me!
For those not carrying on like this,
Hatred ends.

Hatred never ends through hatred.
By non-hate alone does it end.
This is an ancient truth.

(From Dhammapada)
In Buddhism, we consider that everything has cause and effect. The feeling of hatred we have also has them. We are sometimes hated by others. In this case, we are supposed to have some cause to have been hated in ourselves too so that we will have to reflect ourselves as well. I think we realize that the nature of hatred that does not disappear by hatred itself. At the same time, we must see a way to live with harmony in this fact. If we accept the truth that hatred never ends through hatred, we have to accept hatred as it is. I know it is extremely difficult. In a sense, it is like we have to sacrifice ourselves and our experiences. This is the only way to stop the hatred. Actually, however, this is not sacrifice because this does not happen without having the wish of “never again” for others. That is the wonderful thing we can be true human. This process to become a true human is called “turning about mind”, eshin in Japanese, which appears in Shinran Shonin’s teachings.
Shinran Shonin was a human like you and I so he also had feelings of hatred from time to time. He shows it in his writings too. For example, when he was exiled to Echigo, Niigata prefecture, because of being recognized as a heretical Buddhist who gained the contempt of the authority in his time, he showed fierce hatred against such people. Of course, his teachings based on his master Honen were wonderful and helpful for all people so that many people believed his teaching without distinction of classes. However the government authority did not like these conditions and issued punishment to him.
He was under these conditions that Shinran Shonin realized the truth of reality that hatred never ends by hatred. He decided to live as he was. That is, even if he was wrongfully recognized as a disrespectful Buddhist monk and punished by the authority, he continued to live in these conditions for the sake of all people who sought out Amida’s working and their peaceful life. In a sense, he sacrificed himself for others. This can be viewed as changing from SELFISHNESS from SELFLESSNESS. This is the process of turning about mind or “eshin.” Ultimately Shinran wished and lived his life with this philosophy: “May there be peace in the world, and may the Buddha’s teaching spread!” I believe that this is an ultimate human wish which we cannot easily live up to! If we can live like Shinran Shonin did, hopefully a new world and humanity filled with smiles might be created. Realizing and doing our best to practice “hatred is not overcome by hatred” as taught by the Buddha can most certainly brighten our lives and hearts.Thank you for listening to me.
In Gassho 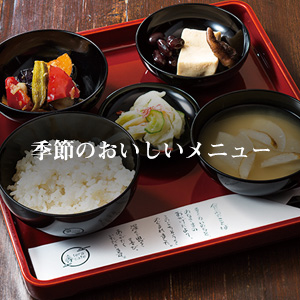 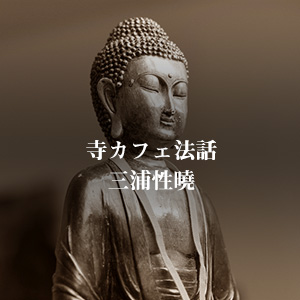 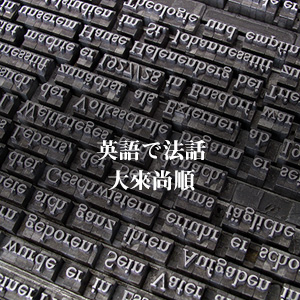 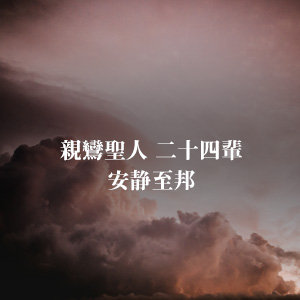 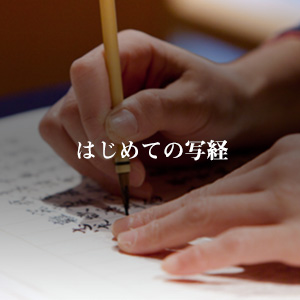 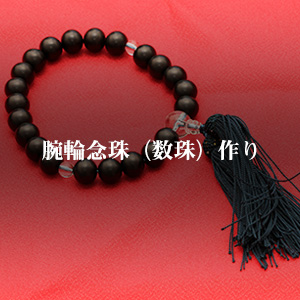 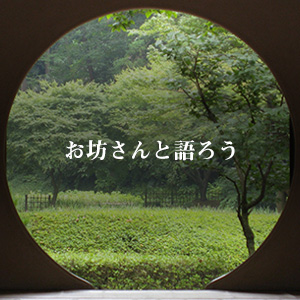 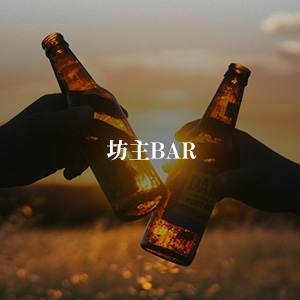 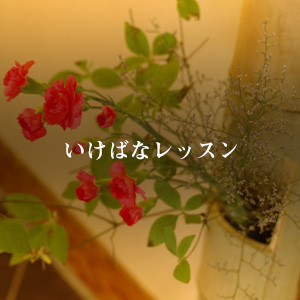 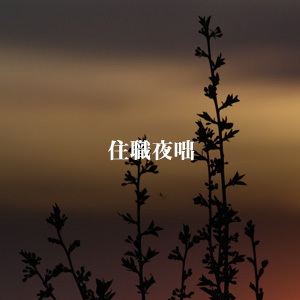